The company wanted to update the existing bottle without losing its distinctive skull imagery and graphics, so Halewood’s in-house design team worked with Beatson Clark’s designers to reimagine the bottle with bespoke embossing alongside the existing artwork.

The concept was designed by Halewood and developed by Beatson Clark to ensure the technical aspects of the glass container were optimised.

The new glass spirit bottle is spray-coated to emphasise the edgy feel of the brand and features an embossed skull on the shoulder, the initials ‘DMF’ embossed on the sides and the words ‘Cornish Soul’ on the back of the bottle.

“Advances in technology have revolutionised what our in-house design team can now achieve with embossing, and using the latest sculpting software means that the results are highly defined and easier to manufacture,” said Chris Palmer, Business Development Manager at Beatson Clark.

Created by the owners of the Rum & Crab Shack in St Ives in 2015, Dead Man’s Fingers has gained cult status amongst its loyal followers. A blend of rums from Trinidad and Barbados, it’s inspired by Cornish flavours such as saffron cake, spiced fruit and the Shack’s own Pedro Ximenez ice cream.

Halewood Brand Manager Lucy Cottrell said: “Dead Man’s Fingers has grown a cult following in the South West since its launch in 2015, receiving lots of acclaim in a relatively short space of time, so it’s exciting to share its exceptional qualities with the rest of the country.

“After we acquired the brand we wanted to put our mark on it by updating the bottle without losing any of its irreverent appeal. Our collaboration with Beatson Clark’s designers has achieved just that.”

Chris Palmer added: “The growing popularity of the artisan and craft spirits market is opening up exciting projects like this for us.

“We currently have several new spirits projects in the pipeline. Having worked successfully with brands such as Hendrick’s gin and Brewdog’s Lonewolf spirits we’re looking forward to growing our presence in this sector.” 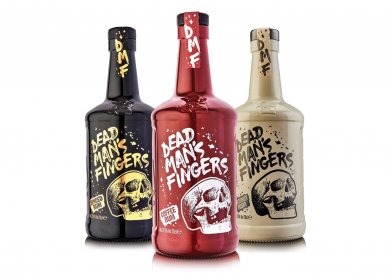 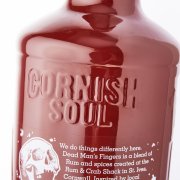 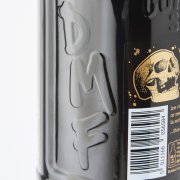 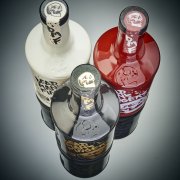